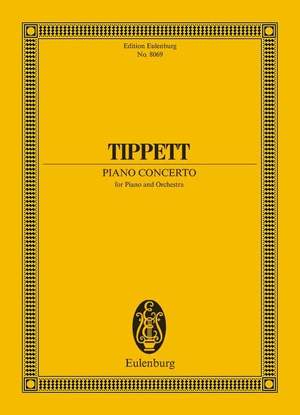 Tippett’s Piano Concerto - written between 1953 and 1955 - may be seen as both a mid-20th-century commentary upon, and a reaction against, the former heroic and percussive concerto types. Its initial inspiration came when Tippett heard Gieseking rehearse the first movement of Beethoven’s Fourth Piano Concerto for a concert in 1950. Tippett later wrote of the genesis of his own concerto: ‘Under the influence of an exceptionally poetic yet classical performance of the Beethoven movement, I found myself persuaded that a contemporary concerto might be written, in which the piano is used once again for its poetic capabilities.’ Apart from the self-acknowledged Beethovenian influences, the main influence on the musical language of the concerto, as Tippett himself acknowledges, was his own opera The Midsummer Marriage, which he had just finished. As the composer himself comments on his concerto, ‘the music is rich, linear, lyrical, as in that opera.’