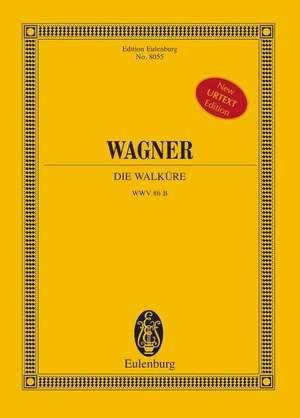 Now available in octavo format too! Based on the new edition as part of Wagner's Complete Edition, the first critical edition of the score, Die Walküre, like Rheingold and Götterdämmerung, is now also available as large pocket score. The new edition is based on the sources used for the printing, i.e. the first print of the score and the engraver's copy. Fortunately, the latter still is extant today. At the end of the first Bayreuth Festival in autumn 1876, Wagner gave it to the violinist Friedhold Fleischhauer from Meiningen, the first violinist of the Ring orchestra apart from August Wilhelmj. For 125 years, the document was privately owned before it was made accessible to the public for the first time in 1999.