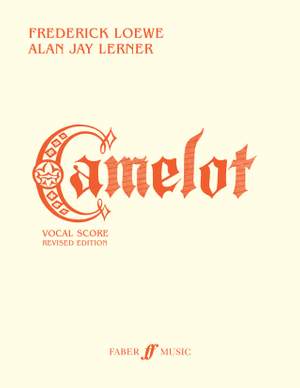 Camelot, the 1960 musical by Lerner and Loewe, is based on the King Arthur legend as adapted from T. H. White's  novel 'The Once and Future King'. The main conflict of the novel and the play is the affair between Arthur's wife, Guenevere, and his friend, Sir Lancelot.