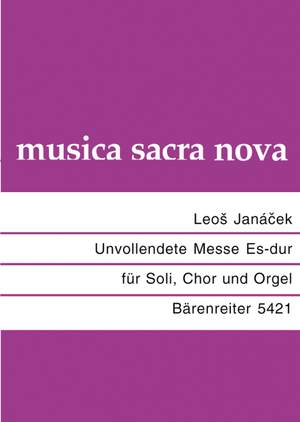 By reason of its conciseness of style, Janacek's Latin Mass from around 1907-1908 gives the impression of being an inspired sketch,rather than a finished work. In particular, the brevitv of the Agnus Dei is surprising in effect. The work has a number of striking features: its totally individual melodic and
rhythmic style, resulting from Janacek'swell-known approach to word-setting; the use of rests for expressive purposes; the original use of heterophony, which here replaces traditional polyphony; and the expressively written instrumental part.