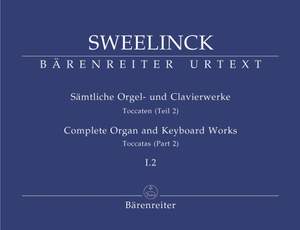 The central significance of Jan Pieterszoon Sweelinck (1562–1621) for the evolution of baroque “clavier music” can hardly be overestimated. Yet all the currently available editions of his works stand in need of revision. Our new scholarly-critical performance edition, prepared by the experienced editor Siegbert Rampe, closes this gap. It is the first complete edition of Sweelinck’s keyboard works to distinguish between “works of secure authenticity”, “works of uncertain authenticity” and “works of questionable authenticity”. It is also the first to present alternative readings in synoptic form and to separately reproduce variant versions.

The bilingual edition (German and English) is scheduled to appear in four volumes and incorporates the latest findings of musical scholarship. Each volume contains a critical report, a catalogue of sources, and a de tailed preface covering not only the volume’s scope, layout and editorial technique, but also performance practice, ornamentation and Sweelinck’s biography.


“All eight volumes include commentaries in German and English and reflect the latest scholarly research. Highly recommended.”
(The American Organist August 2010)

“… Bärenreiter’s offering will provi de you with an authoritative treasury of Sweelinck’s work.”
(Church Music Quarterly, 3-2007)