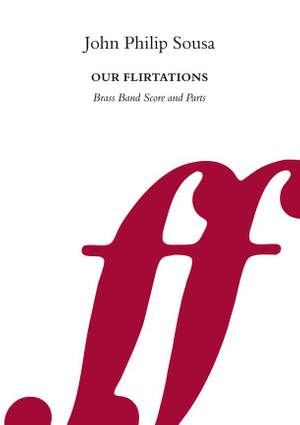 The name John Philip Sousa is no stranger to any brass band aficionado. Our Flirtations has its origins in incidental music written by Sousa for a play of the same name. It was written around 1880, about the time he was appointed Director of the U.S. Marine Band, a position he held until he formed his own civilian band in 1892. Sousa wrote over 130 marches, many of which have been transcribed for brass band.