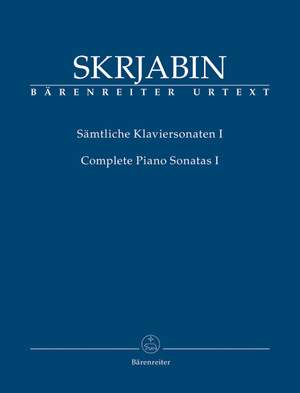 The piano sonatas are regarded as the central works of Alexander Skrjabin’s compositional output. No other composer after Beethoven reshaped this genre so radically, thereby reinvigorating the tradition of the sonata. Skrjabin’s desire not simply to continue the existing tradition, but to surpass it, is evident as early as his first sonatas. These are exciting works from the pianist’s perspective and in their abundance of expression and wealth of imagination. Up to the third sonata Skrjabin developed a distinctive feeling for structural coherence and cyclical unity which at the same time revealed poetic qualities.

The editor Christoph Flamm draws on autograph manuscripts, first printed editions and on Russian editions of the 1920s to which he had access via personal contacts. For the first time the recordings of Sonatas nos. 2 and 3 which Skrjabin made in 1908 on paper rolls for the Hupfeld company, Leipzig are also taken into account.