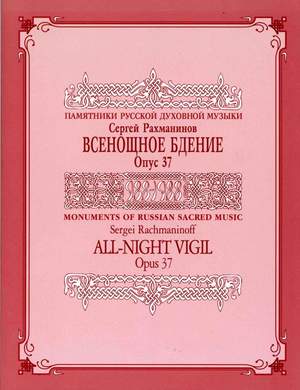 Rachmaninoff himself considered his Vespers, also known by the title All-Night Vigil, to be one of his best compositions. The work is based on centuries-old Orthodox chants with their strict liturgic form which were fused by Rachmaninoff with his own late-Romantic musical language into a sacred work of rich sonority which is at the same time a heartfelt, meditative dialogue with God.In addition to the piano score of this a-cappella work of almost one-hour duration, separate numbers of the Vespers are now available as well.