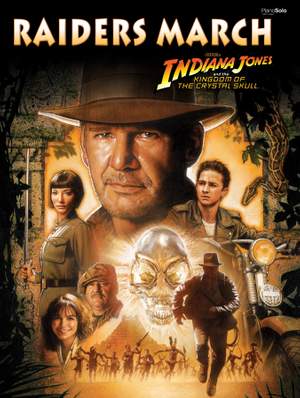 Indiana Jones and the Kingdom of the Crystal Skull is the fourth film in the Indiana Jones franchise, created by George Lucas and directed by Steven Spielberg.

This book contains the main theme from John Williams' score,arranged for Piano solo.

The film was released in May 2008, and was a financial success, grossing over $783 million worldwide, becoming the second highest grossing film of 2008.

In a career that spans six decades, JohnWilliams has composed many of the most famous film scores in history, including all but one of Steven Spielberg's feature films, Star Wars, Superman, Born on the Fourth on July and Harry Potter.