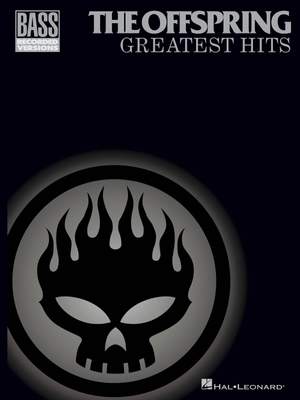 A special collection of songs by the Southern California punks that celebrates seven albums and more than 32 million record sales since their humble beginnings in the early 1990s. Dexter Holland, Noodles, Greg K and Atom Willard have long been the masters of blistering, feel-good punk rock, sporting razor-sharp guitars, biting, playful and sarcastic lyrics, and some of the most addictive tunes in rock! Their breakthrough album Smash went on to become the biggest selling independent release ever, and their hilarious videos saw the band become bona fide MTV favourites. From the frantic start-stop of Come Out and Play (Keep ?Em Separated) to the teen-angst comedy of Pretty Fly (For A White Guy) , this songbook has them all - with each song carefully transcribed in accurate Bass Guitar Tab.