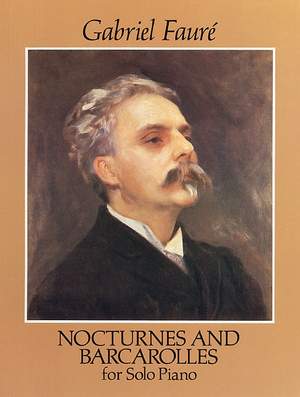 The music of Gabriel Fauré (1845-1924) is an important link between the innovations of late Romanticism and the experimentation of the early 20th century. A student of Saint-Saëns, he, in turn, taught Ravel and was a mentor to the young modernists of Les Six. These 12 nocturnes and 12 barcarolles, composed over a span of 40 years, document his move from Romanticism to the frontiers of 20th-century music. Reprinted from authoritative French editions.