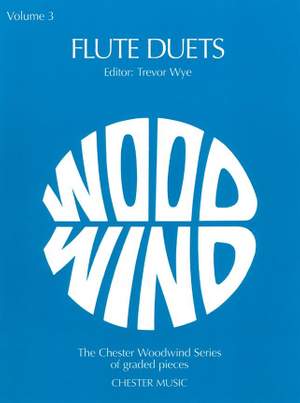 Trevor Wye (b. 1935) is an English flautist, pedagogue and music editor who has been playing the flute for over 65 years. Despite not attending any conservatory or university, he has held professorships at boththeGuildhall School of Music and the RNCM. He has written several successful educational flute works, and edited many more.

The third volume of Wye’s Flute Duets contains six easy and tuneful Sonatas bythe19th century composer and flautist Eugène Walkiers (1793-1866), taken from his opus 55. Walkiers is best remembered for his Flute duets, trios, and quartets, compositions which are far superior to his solo works.