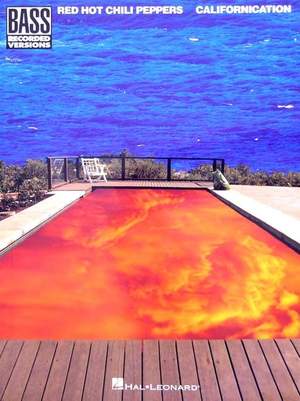 Red Hot Chili Pepper's eighth studio album Californication saw the return of the passionate guitar wizardry of John Frusciante to reunite the band's strongest line-up, and at its best. It was some task to make an album that lived up to the epic Blood Sugar Sex Magic or the acclaimed One Hot Minute , but the Chili Peppers seemed to manage it with this raw, uncompromising album that saw a significant move towards melody rather than suggestive rhythm. This folio contains authentic bass guitar transcriptions (transcribed from the original recordings), in both standard notation and tablature of all of Flea's bass line including Scar Tissue, Around The World, Californication and Purple Stain .