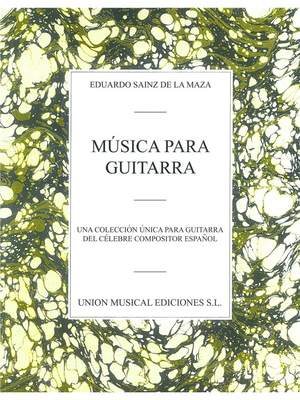 Eduardo Sainz de la Maza was both a successful guitarist and important composer. Although well known for his arrangements of Spanish folk songs, it is his original works which are seen as most significant today. His musicallanguage is described as eclectic, combining impressionistic influences with Spanish musical traditions. Jazz was also an influence, although much of his music is described as intimate and lyrical, as depicted by Platero y yoSuite - one of the most notable compositions for the guitar of the 20th Century, within this unique collection of works. Text in Spanish.