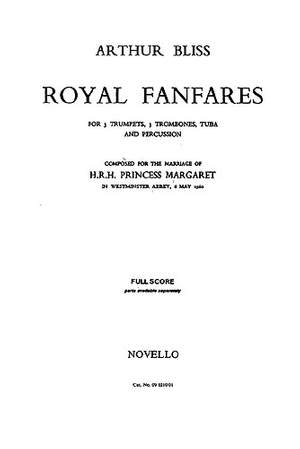 Arthur Bliss was born in London on 2 August 1891. For over 50 years he was a familiar and central figure on the English musical scene. He was educated at Rugby and at Pembroke College, Cambridge, where he studied with Charles Wood. He attended the Royal College of Music for a single term before the First World War broke out and interrupted his studies for the duration.

Fanfares composed for the wedding of HRH Princess Margaret in Westminster Abbey, 1960.