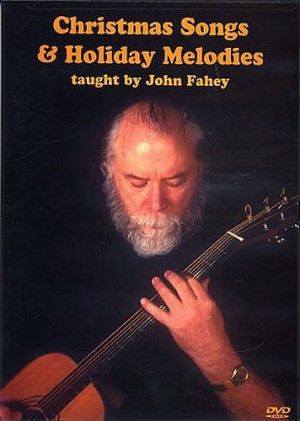 John Fahey is truly an original and distinctive voice in the musical world, revered by artists and performers the world over for his unusual compositions and cross-pollination of genres. His recording career has drawn influence from Country Blues, Old-Time music, Indian ragas, the European classical tradition and Gregorian tonalities. He formed a loosely defined 'school' of American Primitive guitarists that included such diverse characters as Leo Kottke and Robbie Basho. In 1968 Fahey released his first album of Christmas songs and holiday melodies to great critical acclaim. The arrangements reflect Fahey's preference for slightly Jazzy and upbeat styles - he demonstrates and dissects nine of his most popular and requested versions. These songs will showcase your fingerstyle techniques and slide-style playing in both standard and open G tunings.