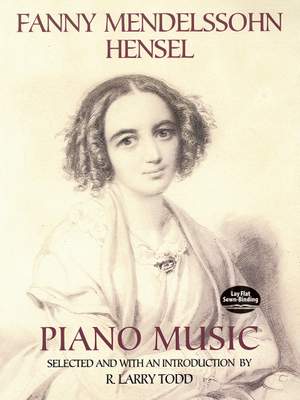 Although best known as the sister of Felix Mendelssohn, Fanny Mendelssohn Hensel (1805-47) was a virtuoso pianist and a composer of considerable merit in her own right.

Her oeuvre of more than 400 compositions remained largely unknown for more than a century after her untimely death, and her newly rediscovered reputation as a composer rests chiefly with her Piano music.

This volume is the first American publication of her important early works. Reproduced directly from rare first editions, its contents include Vier Lieder für das Pianoforte, Op. 2, Op. 6, and Op. 8, in addition to two selections from Six Mélodies pour lePiano, Op. 4 and Op. 5.