Nikki Iles & Friends is an exciting and vibrant collection of original compositions and new arrangements for piano written by Nikki Iles (award-winning jazz pianist and composer described as the 'heroine of British Jazz') and notable friends from the world of jazz. Expertly curated and commissioned by Iles, book one contains piano pieces at the intermediate levels of grades four to six, and book two contains pieces at the advanced levels of grades six to eight. The books contain compostions and arrangements written by some of the best-known figures on the jazz scene including Pete Churchill, Tim Garland, Julian Joseph, Zoe Rahman, Jason Rebello, Gwilym Simcock, Andrea Vicari, and Kate Williams. Songs featured in the album include classics such as Moon River, Ain't Misbehavin', Basin Street Blues, and Fly Me To The Moon. Both volumes also include a CD with recordings of every piece.

These books provide a wealth of new and original jazz piano music for anyone who loves jazz piano, particularly those seeking to explore accessible jazz repertoire, building a recital or a programme for ABRSM Performance Grades, or simply playing for pleasure. 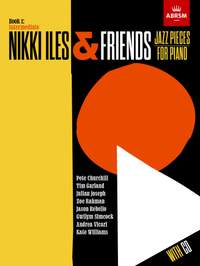 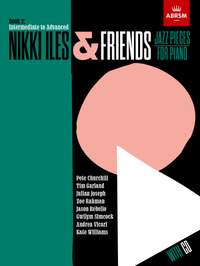 Nikki Iles & Friends Book 2 is a collection of thirteen original compositions and new arrangements for piano written by Nikki Iles and her friends from the world of jazz. Book two contains original compositions by Julian Joseph, Andrea Vicari, Tim Garland, Kate Williams, Nikki Iles, Jason Rebello, Zoe Rahman, and Gwilym Simcock. Also includes arrangements of Fly Me to the Moon, Abide with Me, Shenandoah, Yewfield, and A Nightingale Sang in Berkeley Square. 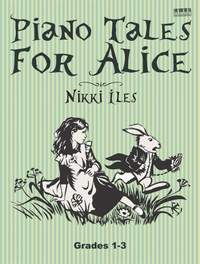 Inspired by the characters from Alice in Wonderland and Alice Through The Looking-Glass by Lewis Carroll. Fourteen solos and two duets for grades one to three ABRSM levels. 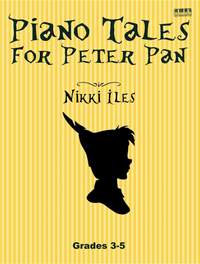 Piano Tales For Peter Pan. Eleven solos and two duets inspired by the characters from the Peter Pan stories by J. M. Barrie. For intermediate pianists at grades three-five levels. 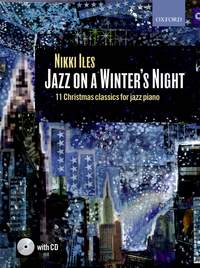 Jazz on a Winter's Night is a Christmas piano album of stylish arrangements. Favourite Christmas classics receive the complete jazz treatment, with grooves, chords, and solos all fully notated. The expertise of the arranger - celebrated jazz pianist Nikki Iles - guarantees an authentic jazz sound and a wide range of styles. 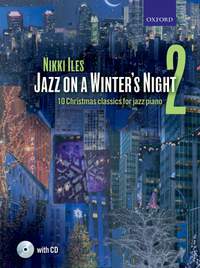 Following the success of the first volume in Nikki Iles's acclaimed jazz series, this collection features sophisticated new jazz arrangements of Christmas classics, including Let it snow!, Rudolph, the red-nosed reindeer, Away in a manger, and Past three o'clock. A wide variety of styles are represented, from swing and stride to boogaloo and calypso, and the expertly recorded CD, by Nikki Iles, helps with interpretation. With fully notated rhythms, grooves, and improvisations, Jazz on a Winter's Night 2 is the perfect collection for pianists looking for that authentic sound. 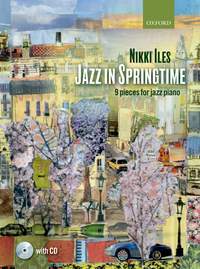 Combining well-loved jazz standards with cool original compositions by celebrated jazz pianist Nikki Iles, this solo piano album takes a musical tour of springtime. With fully notated rhythms, grooves, and solos, and a CD of performances by Nikki Iles, this is the perfect collection for pianists looking for that authentic jazz sound. 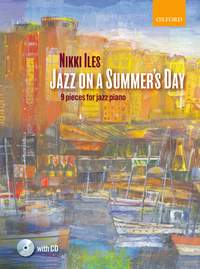 Jazz on a Summer's Day is a unique collection of stylish jazz arrangements and original compositions for solo piano. It conveys the many sides of summer through swing, blues, samba, calypso, and folk. The author's credentials, as a celebrated jazz pianist and composer, guarantee a perfect introduction to jazz. 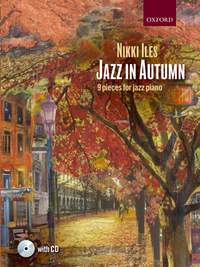 Completing Nikki Iles's musical journey through the seasons, Jazz in Autumn presents nine elegant jazz arrangements and original compositions for solo piano. With a variety of styles including swing, folk, gospel, funk, and contemporary, Jazz in Autumn offers a unique exploration of this evocative season. 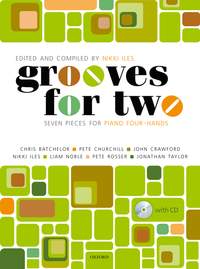 Grooves for Two is a collection of seven groovy pieces for piano four-hands, written by leading pianist-composers working in jazz and other popular styles. Designed for teacher-pupil duos, the pieces provide foot-tapping fun while exploring rhythmic styles often reserved for bands, encouraging good ensemble playing and a strong sense of beat.