This month we have launched a new special offer of up to 25% off Schott Music until the 30th September. We are also continuing our offers of 20% off Music Minus One, 25% off Chester Novello, and 50% off items in our Summer Sale until the 31st August. 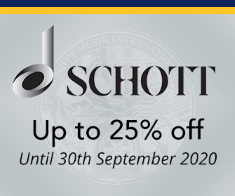 Founded by Bernhard Schott in Mainz in 1770, Schott Music ranks among the world's leading music publishers. Its catalogue includes performance and teaching literature, Urtext editions, study scores, and complete editions such as those of Richard Wagner and Robert Schumann. A main focus is the publication of works by 20th- and 21st-century composers, including Carl Orff, Igor Stravinsky, Michael Tippett, and more. Until the end of September we are offering up to 25% off more than 20,000 titles from their catalogue. 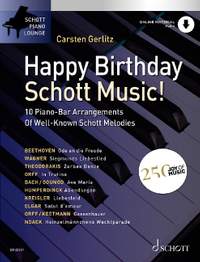 Founded in 1770 by Bernhard Schott in Mainz, the Schott music publishing house celebrates its 250th anniversary this year. In Happy Birthday, Schott Music! top arranger Carsten Gerlitz devotes himself to arranging ten treasures from the Schott programme. He interprets a selection of original works by Wagner, Humperdinck and the like with great care and respect in his unmistakeable, atmospheric lounge style. 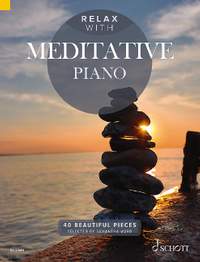 A recent addition to the best-selling series, the forty pieces in Relax with Meditative Piano have been selected and edited by the British concert pianist and educator Samantha Ward for their calming properties. 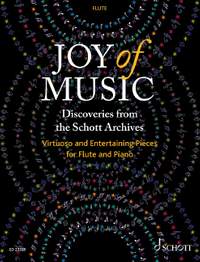 Joy of Music – Discoveries from the Schott Archives

Virtuoso and Entertaining Pieces for Flute and Piano

To mark the 250th anniversary of Schott Music, these treasures have been uncovered from the archives, reedited and presented in these beautiful editions. This anthology is aimed at intermediate to advanced flautists looking for some interesting new discoveries away from the standard repertoire. 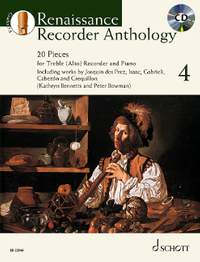 Peter Bowman and Kathryn Bennetts present the fourth and final volume in the Renaissance Recorder Anthology. Standard Renaissance works are included alongside lesser known works for treble (alto) recorder and piano (keyboard). The pieces are all of an intermediate to advanced level of difficulty (Grade 7-8 UK). Volumes 1-3 also available. 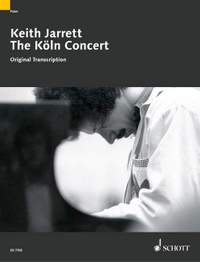 Original Transcription of the famous concert in the Cologne Opera of January 24, 1975

The Köln Concert is a transcription authorized by Keith Jarrett of the legendary concert of 24 January 1975 at the Opera of Cologne. The attempt to visually represent this brilliantly improvised music through the use of music notation to make it accessible to a whole generation of young pianists is so daring that Keith Jarrett consistently refused in the first years to agree to such a project. And as is apparent from his preface to the sheet music edition, he still recommends using the recording as final-word reference. 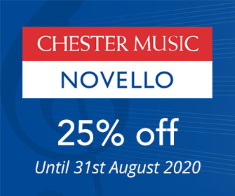 Established in London in 1811, Novello is a leading publisher of choral music. Alongside composers such as Elgar and Holst, it publishes the music of Herbert Howells, Richard Rodney Bennett, and Paul Mealor. Chester Music was founded in the 1860s in Sussex; its roster of composers includes Lutosławski, Górecki, Tavener, Nyman, Glass, Poulenc, Stravinsky, Manuel de Falla, and many others.

Until the end of August we are offering 25% off their entire catalogues of almost 17,000 titles in total. 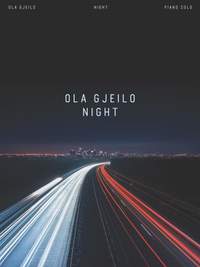 This folio collection, curated by the composer, comes with a specially written preface and features all eighteen tracks from his album Night which was inspired by the twilight hours at his home in New York City. 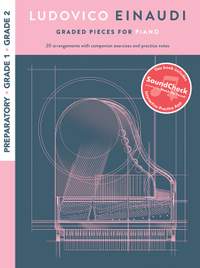 This exclusive folio presents twenty of Ludovico Einaudi’s most popular piano works. Designed as a progressive course for beginner players, Einaudi’s pieces have been adapted to make them accessible to students, while retaining their unique beauty. Each piece is preceded by companion exercises which focus on specific techniques or musical ideas. With a specially written preface by the composer, this inspirational collection brings the joy of playing Einaudi’s music to beginner pianists. 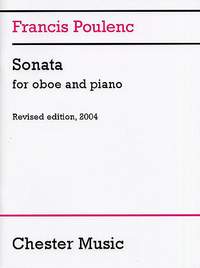 Written the year before his death, and dedicated to the memory of Sergey Prokofiev, this piece is the last of Poulenc's wind sonatas and is a work of profound poignancy and delicacy. Poulenc would not live to see the piece to fruition, as the work was published posthumously. This is the 2004 updated and revised version, edited by Millan Sachania. 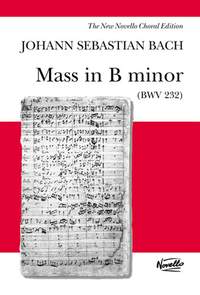 The Mass in B minor (BWV232) is a stupendous creation that exemplifies Bach's mighty genius, composed for SSATB soli, SSATB chorus and orchestra. This edition, expertly edited by Neil Jenkins, contains the complete vocal score with piano accompaniment. With notes and editorial commentary in English and text in Latin. 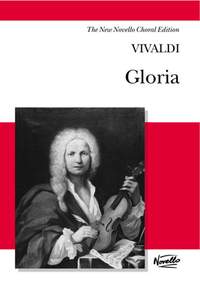 Vocal score of Vivaldi's Gloria, for soprano and alto soloists, SATB choir and orchestra. Edited by Jasmin Cameron. A well-established piece in the modern choral repertoire, Vivaldi's Gloria was, like much of his music, ignored from his death until relatively recently. 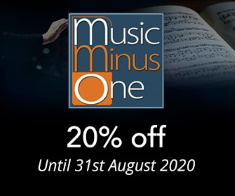 Music Minus One was founded in 1950, and their play-along volumes quickly became an industry standard. Their range features repertoire including concertos, opera, Lieder, and chamber music from composers such as Bach, Beethoven, Chopin, Grieg, Mozart, Vivaldi, and many others. Players can listen to the full recording with a soloist, but then can remove the soloist in order to step in and play the lead themselves.

Until the end of August we are offering 20% off their publications.

Music Minus One - Featured Products 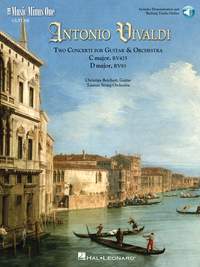 These two concerti are amongst the most requested in the Music Minus One catalogue. Includes Guitar (Mandolin) Concerto in C Major, RV425 and Guitar (Lute) Concerto in D major, RV93. 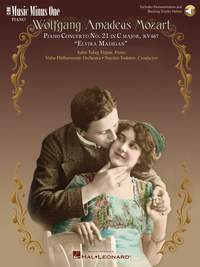 This justifiably famous piano concerto, with its gorgeous 'Andante' theme, became a popular hit when it was used in the film Elvira Madigan. Lush melodies orchestrated in Mozart’s inimitable style - graceful and elegant pianism throughout. The Classical piano concerto at its height! 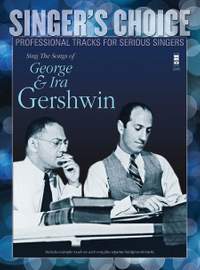 Eight Gershwin songs are presented in this package which is designed to provide the at-home singer with an actual professional setting. Sing The Songs Of George & Ira Gershwin includes the favourites 'Somebody Loves Me', 'The Man I Love', 'Bidin' My Time', 'Someone To Watch Over Me', 'I've Got A Crush On You', 'S' Wonderful' and 'Fascinating' Rhythm'. 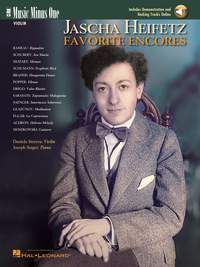 Jascha Heifitz, great violinist of the 20th century, was renowned for his encores, and here is an incredible collection of these exciting pieces. Accompaniment from the well-known accompanist of Mischa Elman, Joseph Seiger. 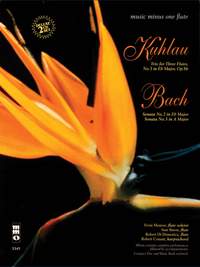 Friedrich Kuhlau: Trio In E-Flat; J.S.Bach: Sonatas In E-Flat And A

Includes three classics of the chamber repertoire for flute. The Kuhlau E-flat Trio is a marvelous and unusual piece of music for the chamber enthusiast that fully exploits the flute trio's varied sonorities. J.S. Bach's marvelous baroque world comes to life with his E-flat and A-major duo sonatas with harpsichord. 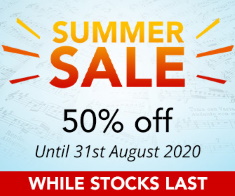 We're having a bit of a summer clear-out here at Presto, and so until the end of August we are offering 50% off a selection of hundreds of products across a wide range of instruments and genres, as well as several dozen music textbooks and biographies.

This offer is strictly while stocks last, so once we have run out of an item it will be removed from the promotion and returned to full price. 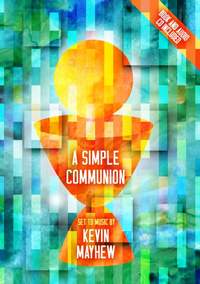 Tuneful, easy-to-sing, lovely harmonies and music that reflect the texts. The accompaniment may be played either by the music group or on the organ. All four sections, 'the Lord, have mercy', 'Glory to God', 'Holy, holy, holy Lord' and 'Lamb of God' are recorded on the CD, which may be used to learn the music or as a backing track in church. 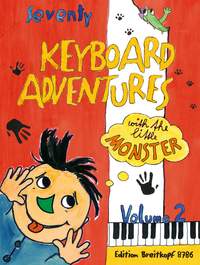 The two Keyboard Adventures books can be used as a supplement to any piano method. In addition to offering practice material suited to different speeds of learning, the seventy pieces train elementary skills and stimulate children's imagination and curiosity. In short, the little monster and his Keyboard Adventures make it fun to play the piano! 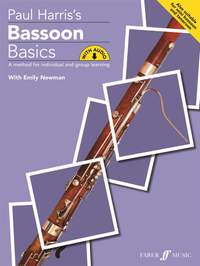 A method for individual and group learning 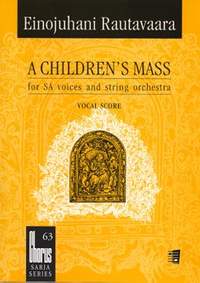 In his many works for all types of choir Rautavaara has very substantially demonstrated his command of the choral medium. Many of his choral works have already become evergreens in his own life. The various movements of A Children's Mass (1973) are performed in alternation by a children's choir and string orchestra. Only in the final movement are the two ensembles combined. This arrangement also makes it possible for the choral and orchestral cycles to be performed as separate entities. 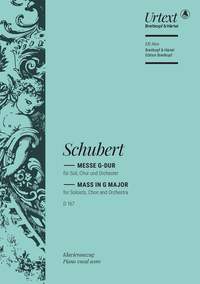 Schubert's most popular early mass has often been performed with strings alone. The wind parts added to the autograph by Ferdinand Schubert at a later date were considered inauthentic. Over a century later, the set of parts written by Franz Schubert himself were rediscovered in Klosterneuburg. They contain parts for trumpet and timpani which are thus clearly authorized by the composer. There is also a figured organ part, which guarantees that the continuo can now be realized without misinterpretation. 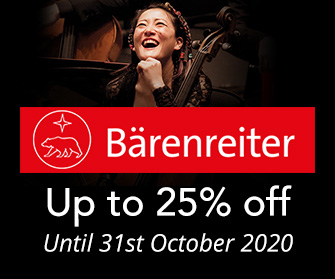 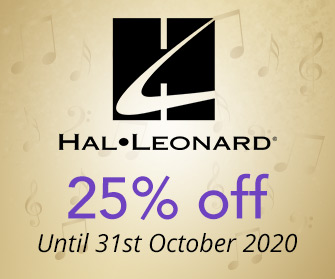 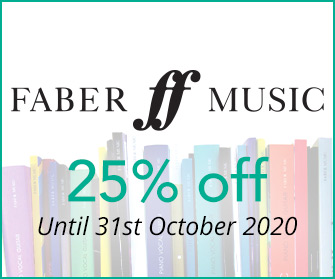 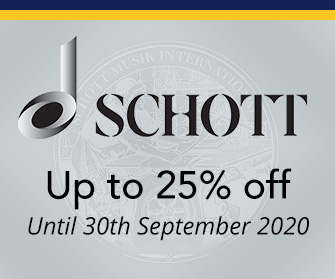