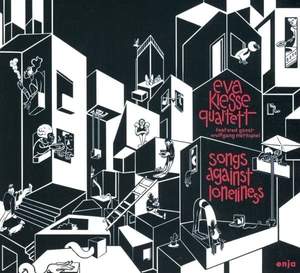 Fifth album by Leipzig based drummer, composer and band leader Eva Klesse, with featured guest musician Wolfgang Muthspiel, Klesse has assembled a strong quartet of talented German musicians, who all contribute to her striking compositions.

The debut album of the "Eva Klesse Quartett" ("Xenon") was released in 2014 on Enja Records and won the Jazz Echo 2015 (German Music Award) in the category "Newcomer of the year". The second album "Obenland" was released in 2016, the third one called "miniatures" in 2018, the fourth one called "creatures & states" in 2020.