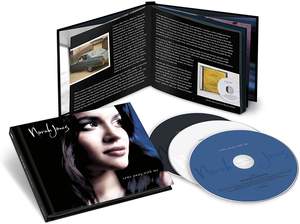 New, Come Away With Me

Coined 'one of the best debut albums of all time' by Rolling Stone, 'Come Away With Me' was released in 2002 by a young, unknown singer on a traditionally un-pop label. It was a unique blend of jazz, blues, country, folk and pop - and lifted off beyond imagination. To date, the album has sold nearly 30 million times, and has garnered multiple awards, including no less than eight Grammys. February 2022 marked this landmark album's 20th anniversary and, to celebrate, Blue Note/UMe worked with the artist and her team on a special collection that revealed for the first time the full story of the making of this now-classic album.