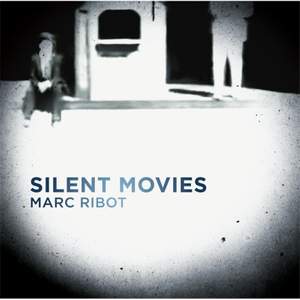 First ever vinyl release of 'Silent Movies', the 2010 solo album from guitar great Marc Ribo that finds him taking another surprising step in a career filled with unexpected turns.

One might expect a program of solo guitar music from Ribot to be filled with bracing atonality or studies in texture. Instead, Silent Movies is filled with performances of gorgeous contemplation that linger on the mind long after they are over. The album reflects Ribot's fascination with movies and contains pieces intended to function as music for films: some are adaptations of music he has actually written for films, others for classic silent movies that he scored for his personal amusement, still others for films of his own imagination. His goal is to explore, as he says, "the strange area between language and spatiality that exists partly in between music and visual image, and partly as a common property of both."