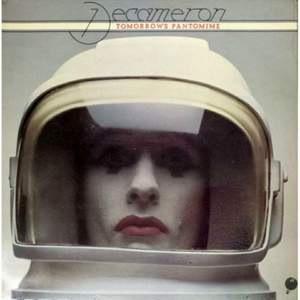 After being signed to Vertigo Records in 1973 they recorded their debut album Say Hello to the Band that year. They then signed to Mooncrest Records to record the album Mammoth Special, which showed a turn towards more introspective and progressive material that was to define their sound for the remaining years of their existence. Rumours of a missing 3rd album called Beyond the Light or Beyond the Days have circulated incessantly. It was even given a catalog number, but it was ultimately scrapped, although supposedly some of its material has surfaced on compilations since. In 1975, now on Transatlantic Records, Third Light was produced by Tom Allom. A year later they added drummer Bob Critchley and released Tomorrow's Pantomime, their final album.

Talking Elephant are pleased to be able to release this classic album for 2019.