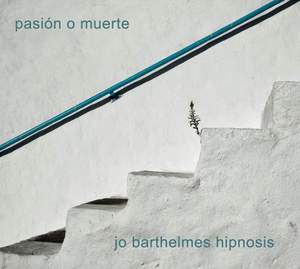 The Spanish word "pasión" expresses more than the term "love"..."pasión" means selfless, enthusiastic devotion full of love and devoid of vanity and more; "pasión o muerte" (span.), in other words "supreme love or nothing at all". This credo, which is to Johannes Barthelmes the essence of all artistic creation, has always accompanied him and for this he has always been ready to "pay any price". If he can't feel this philosophy during a concert, during a theater performance or when he sees pictures at an exhibition, he just goes home again. After almost 20 years of musical abstinence, saxophonist Jo Barthelmes is back on stage. A lot has happened during this time. Much that also wants and needs to be told musically. For his work he received, among others, the SWF Jazzpreis and the German Record Critics' Award (Preis der Deutschen Schallplattenkritik).