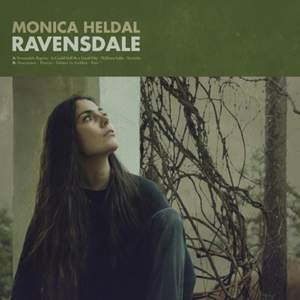 Norwegian singer-songwriter Monica Heldal is back with her first album following five years of silence. The 30 year old musician released her Norwegian Grammy winning debut album in 2013, while its follow-up made the Top 3 of the album chart in her home territory. She subsequently toured with Ben Howard in Europe and John Butler Trio in the USA, while her music has been streamed 40 million times on Spotify. 'Ravensdale' is a sparkling, shimmering, alternately low-key and expansive, ever-captivating musical carousel that moves best at a speed of 33 1/3 revs per minute. Together, Monica, multi-instumentalist Cato and drummer Kenneth Kapstad conjure up intermittently ornate soundscapes, rich with tones and percussive details, where guitars and tunings of all kinds float round like planets in melodic, musical orbit.