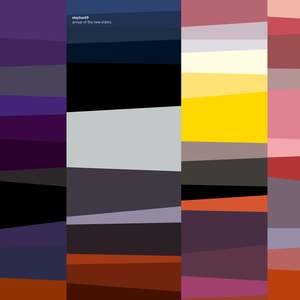 New, Arrival of the New Elders

Each tune is an immersive room of its own, misty tendrils curling round the listener. The ritualistic title track alone demands obsessive listens, offering padding, stealthy bass, guitar suggesting... — Jazzwise, March 2021, 4 out of 5 stars More…

Ståle Storløkken: Throughout the worlds

Recording of the Week,  Elephant9's 'Arrival of the New Elders' is a spectacular jazz-rock odyssey

Jazz-rock trio Elephant9's Arrival of the New Elders is a carefully composed hard-rocking romp, offering a healthy blend of the rawness of rock, the improvisatory chops of jazz and the spacey, outer-space sounds of psychedelia.

After a solid run of five studio albums and 2019's two double live albums, Psychedelic Backfire I and II, Elephant9 had taken their groovy mix of high energy rock and power jazz as far as they could. In this respect Arrival Of The New Elders comes as a welcome and most timely addition to their recorded output. More varied, mature and reflective, they are as groovy as ever, but more structured and less jam oriented, with the longest tracks clocking in around the seven minute mark.

Having built a solid live reputation even before their brilliant 2008 debut Dodovoodoo, the trio boasts what is probably the strongest rhythm section in Norway, complemented with keyboard magician extraordinaire, the one and only Ståle Storløkken. And boy, does he excel himself on this album, notably with more focus on the Rhodes than before. That said, this is nothing if not another strong group effort from what has been a very tight unit straight from the outset.

Seven brand new compositions from Storløkken and one from Hængsle make way for what we consider to be their finest and most cohesive album to date.

Each tune is an immersive room of its own, misty tendrils curling round the listener. The ritualistic title track alone demands obsessive listens, offering padding, stealthy bass, guitar suggesting a folky Jonny Greenwood, and, from Storløkken’s Rhodes, the shivery atmosphere of The Doors’ ‘Riders on the Storm’