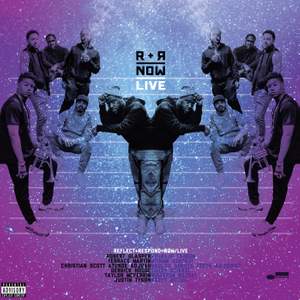 In plain and simple terms, whoever has tuned in to Glasper’s Black Radio, Christian aTunde Adjuah’s Diaspora, Derrick Hodge’s The Second and Terrace Martin’s Pollyseeds will not be disappointed.... — Jazzwise, April 2021, 3 out of 5 stars More…

Recording of the Week,  R+R=NOW - LIVE

Keyboardist Robert Glasper brings together the cream of the modern jazz crop with R+R=NOW's 'LIVE', a killer live recording featuring the likes of Christian Scott and Derrick Hodge.

In October 2018, Robert Glasper settled into the Blue Note club in NYC for a month-long residency several nights of which featured the new dream team collective R+R=NOW with Glasper on keys, Terrace Martin on synthesizer, vocoder, and alto saxophone, Christian Scott aTunde Adjuah on trumpet, Derrick Hodge on bass, Taylor McFerrin on synthesizer, and Justin Tyson on drums. The band had recently released their debut album Collagically Speaking and the music had already taken on expansive new dimensions in concert as evidenced on R+R=NOW Live, a thrilling live recording with standout tracks including “Respond,” “Change of Tone,” “Resting Warrior,” and a cover of Kendrick Lamar’s “How Much a Dollar Cost.”

In plain and simple terms, whoever has tuned in to Glasper’s Black Radio, Christian aTunde Adjuah’s Diaspora, Derrick Hodge’s The Second and Terrace Martin’s Pollyseeds will not be disappointed. The contemporary electric vocabulary, with its post-Herbie funk squelch and pro-Kendrick hip-hop crunch, is handled as effectively as one would expect, and the improvisatory strength of each player means that the performance doesn’t dip below requisite standards.

The ensemble’s cover of Kendrick Lamar’s “How Much A Dollar Cost” (co-written by keyboardist Terrace Martin) is intentionally jarring, devolving then rebuilding itself midway though and settling into an infectious groove. “Change Of Tone” opens up with chord washes that bring to mind Kool & The Gang’s classic “Summer Madness,” making way for ARP-ish synths that sound downright inquisitive. The polyrhythmic gasps on the track are refreshing, creating tension between Glasper and Tyson, juxtaposed with a peaceful coda.

With Glasper’s sextet all on top form, the lively crowd only add to the energy in the room, making for an absolutely killer live recording.