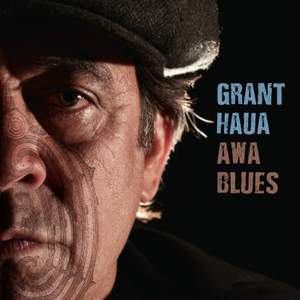 I picked up guitar when I was 13 and ended up trying to make a living out of it. Its hard to tell growing up and gigging in a small country like New Zealand but for the past 10 years that's what I've been trying to do !

I've been the singer/songwriter/guitarist on 7 studio albums over the years, 5 of them over the last 9 years, In 2010, my first solo album "Knucklehead" got good reviews in NZ's premier music magazine. It opened a few doors for me on the local festival circuit. One thing leads to another and I ended up meeting percussionist Michael Barker [Neil Finn, John Butler Trio].

Together we formed "Swamp Thing" and for the following 8 years we wrote and toured regularly. In 2016 we were invited to Louisiana by Baton Rouge Arts Society. In Jan 2019 after literally countless tours through Australia and New Zealand I made the decision to depart Swamp Thing and to refocused on the music.

I picked up guitar when I was 13 and ended up trying to make a living out of it. Its hard to tell growing up and gigging in a small country like New Zealand but for the past 10 years that's what I've been trying to do !

Some songs start to take on a life of their own once the recording process starts. "Addiction'', for example, have been bouncing around in my head for a long time and it has personal significance. It's a "relationship in peril'' song. In the song, "This is the Place'', the emotion I felt when I recorded the first vocal really took me by surprise. I almost choked up singing that song because I was so immersed in it. I was getting flashbacks of my mum, of old childhood friends, my wife and kids, my dad, the whole deal. It was unexpectedly intense but gloriously genuine.

Recording "Tough Love Mama'' was a similar experience, more humor orientated. We had fun on that track and that playful approach was exactly what was needed, because by using that approach I was able to let my subconscious have more say on how I phrase the lyric and play the instruments. Songs like "Devil is a Woman'', "Keep on Smiling'', "Got Something if You Want It'', "Mummas Boy'' all have humorous undertones. I essentially took the same approach I did on ''Tough Love Mama'' for them. The feeling and imagery I'm trying to convey in this album is pretty simple. I'm a huge fan of simplicity. I want the listeners of this album to feel like they're guests in my home and like the songs, my home is pretty simple but it's warm, cozy and friendly. You don't have to take your shoes off when you come in and you just help yourself to anything. So welcome. This is my place.