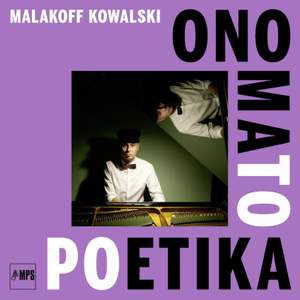 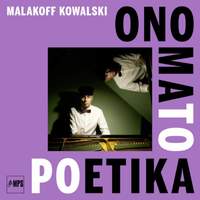 Malakoff Kowalski was born to Persian parents in Boston, grew up in Hamburg, and lives in Berlin today. His first solo album Neue Deutsche Reiselieder was released in 2009. The German newspaper Sddeutsche Zeitung described his 2012 album, Kill Your Babies - Filmscore for an Unknown Picture, as "an album full of melancholic song sketches. As if he had cut out the pieces of a scratched copy of a Nouvelle Vague film." In 2015, the album I Love You was released, a mix of jazz, folk and film music. But of the many instruments that can be heard in Kowalski's recordings, the piano has always played a significant role. And so, it is on his new work Ono Mato Poetika, the follow-up two his critically acclaimed first solo piano album "My First Piano" released in 2018. The titles of the individual pieces on his records so far are comparable to diary notes reminding him of experiences and encounters, also of movies and theatre plays that Kowalski had worked on. The music - almost entirely instrumental - had always evolved from something autobiographical. But now, for the first time Kowalski was facing a cycle of pieces he could not find names for. The music did not even feel like a language that he speaks. English, German, French or Persian titles - as in the years before - seemed to be wrong. But everything without a name confuses him.