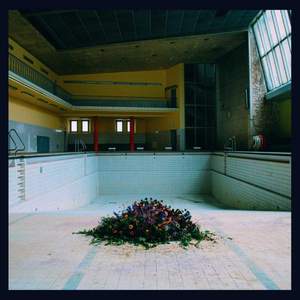 Call in the Crash Team

The Quick Brown Fox Jumps Over the Lazy Dog

Leaves On the Line

‘Call in the Crash Team’ is an easy to love mid point between poetic spoken passages, soaring vocal melodies, and instrumentation which gleams like a rough cut jewel. It is set to convert any previous sceptics of spoken word, thanks to Armitage’s accessible and compelling lyrics as well as Pearson’s seductive bricolage of musical styles and Walters ’evocative vocals. That philosophy of sonic exploration manifests in the album’s ambient pos rock passages, jazz flourishes, a tonal experimentalism, as well as swoony strings and piano and some more unusual instrument choices too, such as the kora (West African string ed instrument).