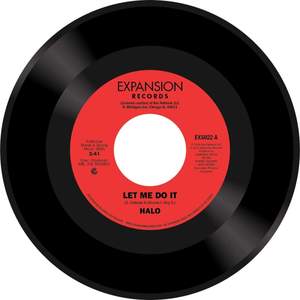 Halo were a late 70s/early 80s West Coast soul and funk band. Key members include James King (who later joined The Futures and release solo singles on Expansion), singer/songwriter Karvin Johnson (who sang with Gemini and recorded with Johnny Gil), and Greg Colema. "Let Me Do It" is a rare and extremely classy soul/boogie track from 1981, largely unknown at the time but becoming progressively sought after. Original copies have sold at between $1500 and $2000. The group's 1988 single "Life" has sold for hundreds of dollars on 7" and 12" and have now endorsed a rock guitar free 're-edit' exclusive now to this release.