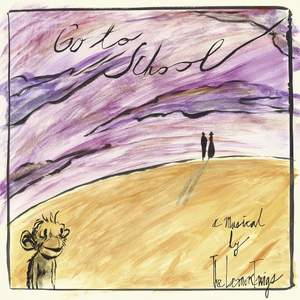 Never in My Arms, Always in My Heart

The Student Becomes the Teacher

Queen of My School

Home of a Heart (The Woods)

This Is My Tree

If You Give Enough

'Go to School' is a concept album about a chimpanzee named Shane who is adopted by childless aspiring musicians and raised as a human. Written, Recorded, Produced and Mixed By Brian and Michael D'Addario in their Long Island home studio, the album features Todd Rundgren and their mother Susan Hall's vocals as Shane's adopted parents, as well as Jody Stephens of Big Star on drums, Natalie Mering of Weyes Blood providing backing vocals and a host of string and horn players, some of which taught the Brian and Michael in school.