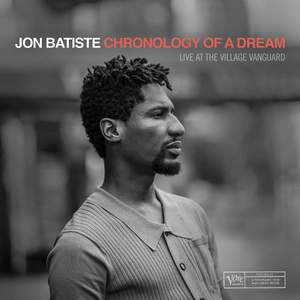 Chronology of a Dream: Live at the Village Vanguard

o Recorded live at the historic Village Vanguard in NYC in the Fall of 2018 during Jon Batiste’s residency at the legendary space. It is the follow up to “Anatomy of Angels”, which is part one of this two-part series.

o The music on this release is original, instrumental music (other than “SOULFUL” which is a tribute cover to Roy Hargrove) showcasing Batiste’s virtuosic and uplifting talent he uses to command a room, and an iconic one at that.

o “SOULFUL” to be released as an IG on what would have been Roy Hargrove’s 50th birthday.