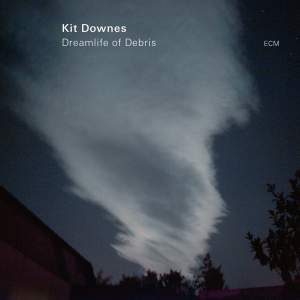 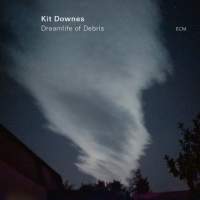 Recording of the Week,  Kit Downes - Dreamlife of Debris

Finding inspiration in W.G. Sebald's novel The Rings of Saturn, Kit Downes's second album for ECM demonstrates his unique approach to the church organ with a brilliantly atmospheric suite of pieces.

Dreamlife of Debris carries forward the story begun on Kit Downes’s Obsidian (issued by ECM in January 2018), extending and developing its processes and core ideas.

But where Obsidian was (almost exclusively) a solo church organ album, part of Kit’s plan for Dreamlife was to put the organ in a broader context, and also to bring the piano into the larger compositional picture. Musicians in the project are primarily players with whom Downes has had long associations - saxophonist Tom Challenger, cellist Lucy Railton, drummer Seb Rochford - and there is also a first musical encounter with Norwegian guitarist Stian Westerhus. “I was interested to see how bringing in different people would change the direction of the recording.”

The album - released in CD and LP formats - is drawn from sessions recorded at two UK locations - the 13th century church of St John the Baptist in Snape in the Suffolk countryside and St Paul’s Hall (a converted 19th century church) at Huddersfield University - where the musicians arrived to variously interact with Downes. The instrumentalists meet, as Downes puts it ,”in a space with no singular character”, with a dream-like ambience being created through overdubs and collage. Although the players do not come together as an ensemble, their appearance as individuals in changing constellations influences the direction of the shape-shifting music triggered by Downes’s improvising, arranging and composing.