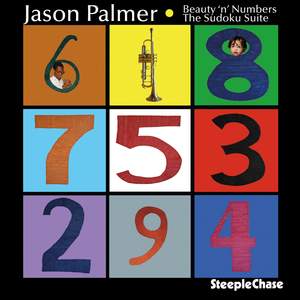 Of Fun and Games

Allow Me to Be

Trumpeter/composer/arranger/educator/actor Jason Palmer, the winner of several prestigious competitions including the 2009 Carmine Caruso International Jazz Trumpet Solo Competition presents his first quartet album here. <p>As always Jason is keen on sharing with the listeners how the music is conceived, developed and performed in his meticulously organised liner notes. The music which based on a Sudoku game originates in the 2007 commissioned work by the Festival of New Trumpet Music in N.Y.C.</p> <p>"what a superb record it is; one that will caress the discerning ear and repay hours of repeated listening being a refined post-modern extension of timeless hard-bop conventions that will stimulate the palate, jaded by too much exposure to so-called 'cutting edge' eclecticism." - Euan Dixon, Jazz Views (on 'Places')</p> <p>Personnel: Jason Palmer (trumpet), Mike Moreno (guitar), Edward Perez (bass), Lee Fish (drums)</p>