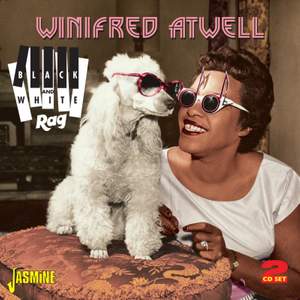 Winifred Atwell (1914-1983) – known as "The Queen of the Ivories" – was the most popular UK-based female entertainer of the 1950's. Although classically trained and sufficiently talented to perform at concert level, she carved out a mainstream populist career built on a repertoire of ragtime, boogie-woogie, show tunes and popular light classics. The first Caribbean artist to become a household name in Britain, Winifred was the first female artist to top the UK charts with "Let's Have Another Party". She was also the first UK-based artist to have four million-selling singles, "Black and White Rag" (which later became the theme tune to the BBC's long running TV show, Pot Black), "Let's Have A Party" and "The Poor People of Paris" (her second UK No. 1). In total Winnie had fifteen major hits records during the 50s, all of which are included herein. This unique compilation features for the first time all Winifred's celebrated double-sided medleys as single extended tracks.