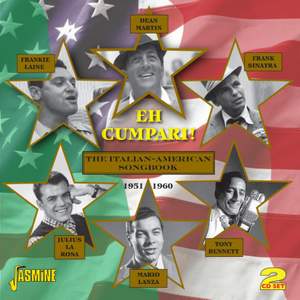 Musically speaking the Italian-Americans are probably the most influential subculture in American pop music after African-Americans and this 2CD set is a celebration of the great Italian-American singers of the '50s. Features all the major stars like, Frank Sinatra, Dean Martin, Tony Bennett and maybe even a few you didn't know were Italian. Most titles across this set were major hits in the US, Europe and often both. In actual fact this set could be the soundtrack to The Sopranos, it's that good!