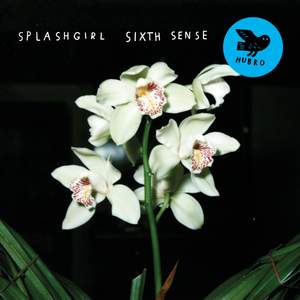 Immersive electro-acoustic trio Splashgirl (Andreas Stensland Lowe, keyboards; Jo Berger Myhre, bass/guitar/electronics; Andreas Lonmo Knudsrod, drums/percussion) was the first act to sign to the Hubro label, with the group's second album as a unit, 'Arbor'. Since then, each subsequent release has deepened and strengthened the developing Splashgirl sound, leading to the new album 'Sixth Sense', a thrilling suite of seven separate pieces.

With the arrival of a sixth album, which continues the band's relationship with the inspirational Seattle-based engineer/musician Randall Dunn, it's evident that Splashgirl has reached the end of one span of creativity and begun to enter another, ascending to a whole new level. For 'Sixth Sense' is a breakthrough project characterised by a radical freedom of approach to composition and performance. The wonderfully immanent, in-your-face sonic density of the album's mile-wide dynamic range also represents a remarkably successful attempt to capture the extremes of the audio spectrum. In short, 'Sixth Sense' sounds immense.

'Sixth Sense' was partly recorded in Iceland by Randall Dunn, at the same 2015 sessions that produced 'Hibernation', and partly by Splashgirl at the trio's self-built studio in Oslo, in March, 2017. The album was mixed by Johnny Skalleberg at Amper Tone, Oslo, and mastered by Espen Høydalsvik at Tinnitus Mastering, Oslo.