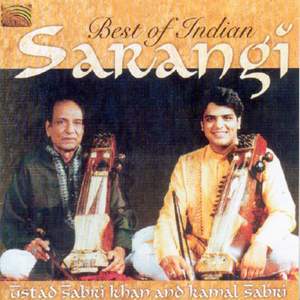 Ustad Sabri Khan is one of the most renowned musicians from India, descended on both sides of his family from a long line of equally distinguished musicians. He has prodigious command over the Sarangi, a bowed instrument carved out of a single piece of hardwood which is considered to be one of the most difficult instruments to master. Here he performs two extended Ragas, accompanied on both by his sons Kamal Sabri (sarangi) and Sarvar Sabri (tabla). On the first they are joined by Sonia Sabri and on the second by Wilfred Masih, both playing tanpura, which looks similar to a sitar and provides drone accompaniment.