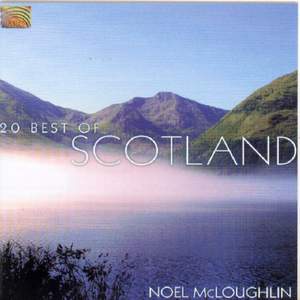 Noel McLoughlin was born in Limerick in 1955. In his singing he was influenced by '60s Irish group The Johnstons, instrumentally by groups such as Planxty, De Dannan, The Dubliners and The Furey Brothers. In the '70s he was with several Irish folk bands including Cromlach and Celtic Tradition, with whom he first recorded in 1984. After that he concentrated on performing mainly as a soloist and since 1989 has recorded numerous albums of the most popular Irish and Scottish songs and ballads. Here he sings and plays guitar, banjo, mandola, waldzither, bouzouki and bodhran.