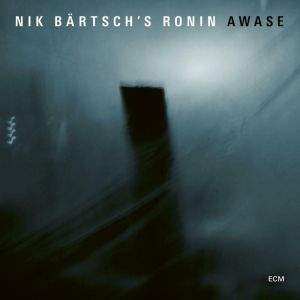 'Awase', a term from martial arts, means "moving together" in the sense of matching energies, a fitting metaphor for the dynamic precision, tessellated grooves and balletic minimalism of Nik Bartsch's Ronin.

Six years have passed since the last release from the Swiss group (though Nik Bartsch did release 'Continuum' with his group Mobile on ECM in 2016). In the interim, trimmed from quintet to quartet size and with new bassist Thomy Jordi fully integrated, Ronin has become a subtly different band.

The pianist/composer speaks of a new-found freedom and flexibility in the approach to the material, with "greater transparency, more interaction, more joy in every performance". The freedom here extends to revisiting early Bartsch modules alongside new compositions including, for the first time on a Ronin record, a piece by reedman Sha.

Awase was recorded at Studios La Buissonne in the south of France in October 2017 and produced by Manfred Eicher. It is released on CD and on a double LP (180g vinyl) with a free download code.