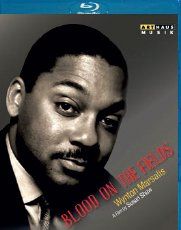 Wynton Marsalis - Blood on the Fields 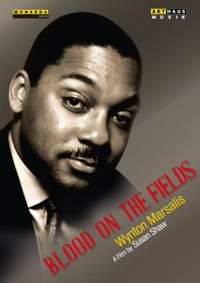 Wynton Marsalis - Blood on the Fields

A Film by Susan Shaw

Wynton Marsalis, “possibly the best trumpeter of all times” (Maurice André) is the most famous member of a musical family from New Orleans. He started his career as a Wunderkind and had his breakthrough with Art Blakey, however also pursuing a great career in the classical music field. As jazz musician he uses his profound knowledge of his instrument’s tradition in all styles from Oldtime jazz to Postbop and combines it with his virtuosity and flawless technique. His own compositions enrich the jazz genre greatly, and his work as Artistic Manager of the New York Lincoln Center’s Jazz Department give jazz music a greater public audience.

In this beautifully filmed documentary by Susan Shaw from 1996 Marsalis takes the viewer on a journey to New York, to his home town of New Orleans and to his rehearsal studios, where he and his assembled band of musicians record the album Blood on the Fields.