This time of year is always filled with end-of-year lists - ours included - and we’ve certainly covered our fair share of excellent new jazz releases this year. However, there’s always a handful that manage to slip through the cracks, or don’t normally fall inside our normal jazz wheelhouse. Thinking back on the year, both Matt and I thought it’d be fun to highlight some of our favourite ‘non-jazz’ releases of the year that we’ve had on heavy rotation. 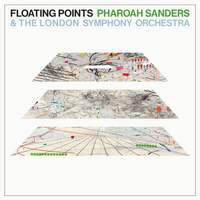 Despite the considerable generational gap between English electronic producer Sam Shepherd (known as Floating Points) and American saxophonist Pharoah Sanders, the two’s unlikely collaboration was born from a mutual appreciation. An ambient piece in nine movements, Promises is a beautifully spacious record that really benefits from a careful listen as it unfolds - despite its slow and atmospheric nature, my first listen to Promises felt like the shortest 45 minutes of my life. Much more on the ambient side of Floating Points’ musical spectrum, Sanders’ contributions feel largely improvisational while the LSO doesn’t begin to really make their presence known until the latter half of the record. For Sanders in particular, a player that’s got plenty of excellent work behind him already, Promises easily comes in as a late-career masterwork. 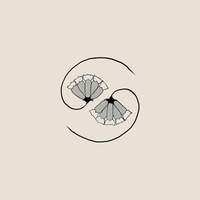 Written on the road and later recorded in lockdown, Canadian chamber-meets-post-rockers Godspeed You! Black Emperor’s latest record of politically-driven apocalyptic ambiences is all the more fitting given the past two years of empty streets, social upheaval and conspiracy theories. State’s End is as raw as the band’s ever been, but also more hopeful than some of their darker earlier works, if the triumphant proclamation that closes out the record, ‘OUR SIDE HAS TO WIN (for D.H.), is anything to go by. 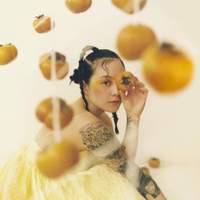 Korean-American singer-songwriter Michelle Zauner likes to spread her talents wide. Besides fronting her indie rock project Japanese Breakfast, she’s also spent the past five years writing a novel exploring grief, Crying In H-Mart, as well as scoring the explorative indie game Sable. On her latest album as Japanese Breakfast, Zauner casts off many of the more serious topics that usually pervades her music and relishes in bright colours and danceable choruses. The joyful ‘Be Sweet’ stands out as a particular highlight of this new direction, though another favourite ‘Posing In Bondage’ calls back to some of the more romantic slow-burners of her back catalogue. 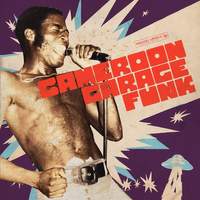 In the seventies, Cameroon’s capital Yaoundé was a hotbed of musical creativity, but aside from the prohibitively expensive national broadcasting company studio, there was a severe lack of recording facilities. Thankfully help was at hand in the form of one Monsieur Wono, sound engineer at an adventist church, who for cash-in-hand would record local groups when the priests weren’t around. Considering he used just a single microphone these cuts are bursting with life and presence, and the music covers an impressive range of moods. From the artists clearly influenced by James Brown and Fela Kuti (check out Jean-Pierre Djeukam’s driving ‘Africa lyo’ which opens the set) to some more offbeat experiments like the salsa flavoured Charles Lembe orchestras’s Quiero Wapatcha, the sheer, funky variety on offer in this tasty compilation is staggering. 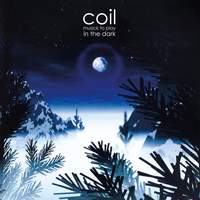 Musick to Play in the Dark (Reissue)

OK, so this was released in 1999, but I had been waiting 20 years for this to get a vinyl release! When compared to earlier landmark releases like Horse Rotorvator (1986) or the rave-influenced Love’s Secret Domain, Coil’s Musick to Play in the Dark presents a much more user-friendly, less antagonistic, more mystical side of the group's output. Formed around the core duo of Jhonn Balance and Peter ‘Sleazy’ Christopherson, Coil produced some of the most experimental and subversive electronic music during its 20 year existence, and Musick to Play in the Dark was the highpoint of the groups final phase (Balance sadly fell to his death in 2004, and Christopherson passed away in 2010). The opening track 'Are You Shivering' remains one of the weirdest musical landscapes you're likely to traverse; it most definitely isn't for all tastes, but is richly rewarding for those open to its considerable charms. 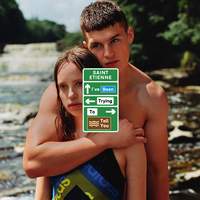 I've Been Trying to Tell You

Although I was familiar with Saint Etienne's big hits back in the nineties, they were never a band I paid much attention to, so it was a pleasant surprise to rediscover them 30 years later via a chance encounter with 2021's I've Been Trying to Tell You. Each song takes a single sample from a mainstream pop songs from the turn of the Millenium (aritists include as Natalie Imbruglia, Honeyz, and the Lighthouse Family) and completely recontextualizes them into gorgeous, deeply melancholic electronic tones poems. Made by Gen X'ers for Gen X'ers, it's an album that benefits from being left on repeat for an afternoon, allowing it to waft around your home and gently seep into your psyche. If it was a drink it'd probably be a nice mint tea.