London-based trumpeter Mark Kavuma and saxophonist Ruben Fox are just one of many brilliant young players in the current London jazz scene. Both appeared on Arashi No Ato (After the Storm), the first release from Kavuma’s new Banger Factory Records imprint and one of our Recordings of the Week last month. The pair have been near-inseparable ever since becoming musical companions (and rivals) during their time in the performance group Kinetika Bloco, a London-based carnival band that focuses on fostering the talents of young musicians. Calling us together from their home studio surrounded by instruments and sheet music, Mark and Ruben spoke to us about their latest projects, how their involvement with Kinetika Bloco shaped their musical development, and how they went about representing the band for its first studio recording Legacy.

How did the two of you meet and start working together, given your different backgrounds?

Mark Kavuma: I was born in Uganda, and moved to England when I was about 9 years old and started playing music at 13 while I was at school in Peckham. I joined Kinetika Bloco not long after that - I’d only been playing for about 4 to 6 months or so by that point. I think that was quite important, though; I don’t think things would have turned out the way they did had I not joined Kinetika back then. Getting thrown into a community like that was what made me realise that this is what I really wanted to do, and that’s also where I met Ruben - we’ve known each other since we were teenagers and were pretty much inseparable until Ruben moved to New York. I was very fortunate to be part of something like that straight away, because at school playing music wasn’t the coolest thing to do, but in Kinetika everyone’s cool! That really changed my trajectory of life right away.

I remember turning up there for the first time and there were already about 9 other trumpet players, and one of them was Claude Deppa! I was like ”I wanna be like THAT guy!” From then on I was obsessed with music, and I had this safe space to grow in, fail and try new things out. I still visited the summer school every year until quite recently. But I didn’t start listening to jazz until I started playing trumpet, so about 14 or 15 years old, but it was a pretty constant thing after that. Funnily enough, my parents would ask me ‘why are you listening to old people’s music?’!

Ruben Fox: I grew up in Brixton, and the man who founded Kinetika was my father - he had a background in teaching music. Because of that I always had music around me growing up, and lots of instruments around the house to mess about with. We didn’t have a TV until I was about 10-11 or so, so that was all there was to do! Dad started Kinetika in 2001, when I was about 8 years old, so from then I was always spending lots of time with the older kids who were playing music - some of them were even my babysitters. The whole idea behind the band is that it’s inclusive, so you’d get high-level players and low-level players playing in the same band in a way that was more supportive than competitive. Being a carnival band, it all sounds better with everyone playing together anyway, so everyone’s got to feel like they’re part of it. Being in this environment I’d listen to a lot of different types of music, but as far as jazz is concerned I was pretty obsessed with a Count Basie 4-CD set that my dad had, and he was always playing John Coltrane, Sun Ra, a bit of Art Blakey… stuff like that was on pretty heavy rotation. That was all mixed in with other stuff too like Stevie Wonder, Aretha Franklin, and some of the Brazilian music he was interested in.

So you two have been playing together for quite some time, then!

RF: Mark and I met in Kinetika at a young age, and there was definitely a bit of a competitive element there too. Like, if you see someone who’s getting their stuff together it can make you think…

RF: So when we met we were mortal enemies! I’m kidding… but it was a great place to meet people you could spar with and practice together, it just happened that our journeys started together in Kinetika. You can track a lot of relationships in the London jazz scene like that - KOKOROCO are like that, their whole synergy was born within Kinetika.

You were almost like rivals on the sports team.

Do you still try to show each other up every now and then?

MK: That depends on the gig!

Was that the idea behind Kinetika from the very beginning, to create an environment for young players to learn and improve?

RF: I think a lot of those concepts were realised after the fact. Over the 21 years it’s been now, we’ve realised what certain processes lead to, where maybe we didn’t realise at first. My dad taught lots of different kinds of music - he’d been involved with samba drumming in Brazil so he was teaching that in schools, but he was also teaching big bands and steel pan bands - and I think the opportunity arose for him to put all of them together. It grew from those initial projects that he had…

As you said, Kinetika Bloco have been around for two decades now - what was the initial spark behind the group’s first album Legacy?

MK: Kinetika have actually attempted to record things before, but something always happens!

RF: It’s also hard because it’s so loud, and so many people. It’s just the nature of the band.

MK: Logistically it’s quite difficult - just finding a space where we can do the group justice. Kinetika’s best recordings always tend to be live because that’s where you get the full experience; the end of summer school performances can be some of our best performances. So I think the challenge of Legacy was how do we record it, and how do we best represent the group?

RF: It’s worth pointing out that the music you’re hearing on Legacy isn’t actually Kinetika Bloco itself; the band itself is about 120 kids, including 45 drummers - it’s a huge band. The band on the record is a lot more broken down, it’s effectively a big band with tubas and extra percussion. It’s got a lot more alumni on the recording too, so it’s a different experience.

MK: Even the stripped-down version had its own set of challenges, but because a lot of the Kinetika alumni were at home due to the pandemic we had this opportunity to do something slightly different. Eventually Banger Factory Records became involved, but the idea was formulated a bit earlier than that.

I hadn’t realised how many names from the Kinetika alumni I recognised! It seems like the group is a secret incubator for London jazz talent…

MK: Most definitely. A lot of the time, people who come into Kinetika stick with it for a long time, but sometimes people go off and do other things so that link’s not always made obvious. But I think a lot of us on the London jazz scene have come through Kinetika, and you can trace a lot of stuff from the London jazz community back to it; the way we perform, and present ourselves, even though we’re playing different kinds of music.

And then there’s folks like you two who stay on to teach the new arrivals!

RF: There’s quite a few of us - people like Sheila Maurice-Grey still do a lot of work with us, and the creative team’s about 20-25 people plus all the guests who come and go. It’s nice for the kids to see people who are working jazz musicians at the summer school too, and I think this record is a nice little tribute to that. There’s a great social aspect to the group, too - people will sometimes come back even if they haven’t picked up their instrument for a month, they just want to see everybody! It does become like a family, especially when you’ve grown up with these people.

Outside of Legacy, do either of you two have any big plans for next year?

MK: I think there’ll be some performance opportunities next year, but not everything is set in stone yet. What we do have in the calendar is the Banger Factory record label launch on 17th March, and we’re gonna perform all three albums - Arashi No Ato, Legacy, and a third one that’s out in February. Then of course we’ve got the summer school, and maybe even another opportunity to record Kinetika now that we know we can do it. Kinetika Bloco and Banger Factory complement each other quite well, I think; my time in Kinetika definitely shaped my understanding of music being expressed within a community, and I’ve always thought about how I can apply that to the Banger Factory label. It’s still pretty early days, but I’m very excited for what’s to come… It seems like it’s gonna be something special. 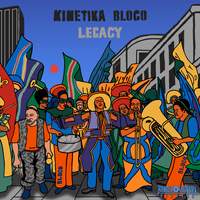 Check out some of The Banger Factory's other releases here... 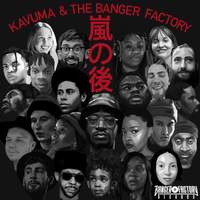 Arashi No Ato (After the Storm)

Read our full review of Arashi No Ato (After the Storm)... 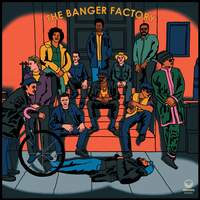 Kavuma and The Banger Factory's self-titled debut, released in 2019 on Ubuntu. 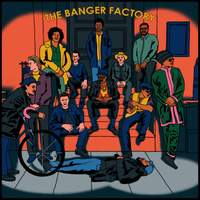