Recording of the Week,  Charles Lloyd & The Marvels bridge blues and jazz on 'Tone Poem' 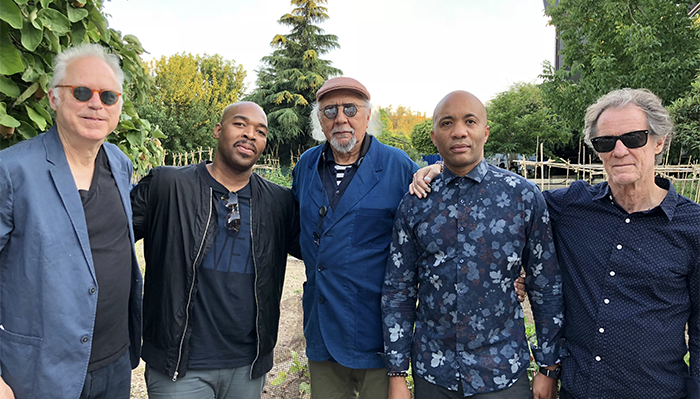 American saxophonist and multireedist Charles Lloyd has had the pleasure of playing alongside many jazz musicians, but the prolific bandleader has a wealth of great material under his own name on nigh fifty studio recordings. Born to African, Cherokee, Mongolian, and Irish ancestry, his musical curiosity began with an early introduction to gospel, blues and jazz music. Lloyd’s teenage years were spent jamming with other saxophonists like George Coleman while he held down sideman gigs with blues players like B.B. King and Howlin’ Wolf. Forming his ‘Classic Quartet’ in the 1960s which featured pianist Keith Jarrett, this original lineup garnered attention from both rock and jazz fans, both meeting at the intersection of hippie counterculture. He began playing with the Cannonball Adderley Sextet in 1964 and did so for two years, performing with other big-name jazzmen like Joe Zawinul and Louis Hayes. After disappearing from the jazz scene during the 1970s, he would return at the start of the next decade and begin recording with ECM, whom he continued to work with throughout much of his career. Transitioning to Blue Note Records with 2015’s Wild Man Dance, both his Quartet and Marvels recordings have featured on the heavyweight American label. While Lloyd’s current quartet normally features pianist Jason Moran, alongside bassist Reuben Rogers and drummer Eric Harland, ‘The Marvels’ see Lloyd alongside his usual rhythm section with the addition of electric guitarist Bill Frisell and pedal steel player Greg Leisz. If the Charles Lloyd Quartet is the saxophonist’s more traditional outlet, The Marvels channels some of Lloyd’s other tendencies through the lens of Americana, namely with the inclusion of electric guitars. 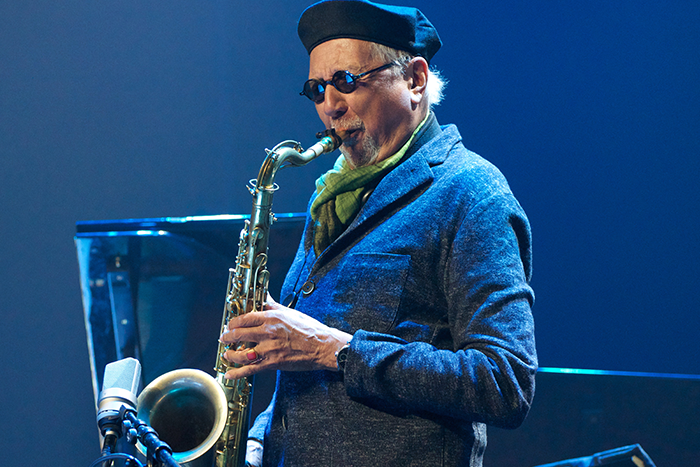 The third recording by Lloyd and The Marvels, the three Lloyd originals that appear on here are all new tunes, with a healthy selection of Ornette Coleman, Thelonious Monk and even Leonard Cohen thrown into the mix. The addition of Frisell to the proceedings brings some of his much-welcome trademark phrasing, slotting comfortably in with the rest of the band, and naturally it’s hard not to associate Leisz’s pedal steel with anything but twangy Americana. After the quintet assembles to the tune of Ornette Coleman’s ‘Peace’, they take on another Coleman cut, ‘Ramblin’, in a smooth, bluesy style, embracing some rock sounds without totally falling back on the genre’s stereotypes. Even with the ever-present dual guitarists, The Marvels don’t necessarily play into every rock convention, with Lloyd’s sax keeping the quintet on the right track throughout. There’s shades of exotica on the quintet’s version of the Bola de Nieve tune ‘Ay Amor’ (‘Oh Love’), one of the sweeter and more mellowed-out cuts on the record, while Lloyd takes to the flute on a couple of tracks like the 10-minute jam session ‘Lady Gabor’, a tune by Hungarian-American guitarist Gábor Szabó, a member of Chico Hamilton’s band with which Lloyd also played with - and arranged for - in the 1960s. The Marvels dispense with any rock or jazz sensibilities altogether during the first half of the closing track ‘Prayer’ - even as a rhythm creeps in towards the end the track remains one of the most open and free on the record. Frisell and Leisz in particular sound right at home in the band’s worship-like rendition of Leonard Cohen’s ‘Anthem’, which would not sound so out-of-place on some of Frisell’s recent ECM recordings.

Lloyd’s band keeps it loose and free, but there’s no mistaking the brilliant chemistry between each member of the ensemble. His familiar collaborators, Rogers and Harland, do an excellent job of holding together the tunes with a certain effortless elasticity. Even with all the individual players adding their own textures and flavours to the tracks, Lloyd himself remains the sole guide throughout the hour-plus runtime of Tone Poem, be it on sax or flute; seamlessly blending the sounds of heartland Americana and his Memphis blues past into his jazzy concoction. 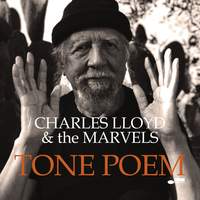 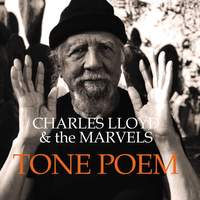