Recording of the Week, Elephant9 - Arrival of the New Elders

Fans of European jazz will no doubt be familiar with the ‘Nordic Tone’, the quiet and contemplative sound of contemporary jazz originating from Scandinavian artists. The flipside of Norwegian jazz, however, is perhaps best encapsulated by acts on the diverse label Rune Grammofon; acts on this label don’t necessarily play it the straightest in terms of jazz, instead incorporating influences from neo-psychedelic and hard rock music. The label’s earliest beginnings were releasing the music of free-improvisation group Supersilent, later signing on psyched-out jazz-rockers Motorpsycho as well as releasing some of the quieter solo work of trumpeter Arve Henriksen (who also plays in Supersilent). Even last year we saw a similarly heavy release from Norwegian guitarist Hedvig Mollestad, her awesome record Ekhidna, as well as prog-jazz group Rymden’s Space Sailors; the legacy of Norwegian jazz-rock lives on.

Another act carrying the torch for Norwegian psychedelic jazz is today’s trio, Elephant9, who have been releasing records for over a decade now. Initially formed in 2006 as ‘Storløkken/Eilertsen/Lofthus’, taking their name from the trio’s names, the group soon changed their name to Elephant9 after some of their earliest performances; the trio themselves are keyboardist Ståle Storløkken, bassist Nikolai Eilertsen and drummer Torstein Lofthus, all well-travelled members with their eggs in many different baskets. Outside of Elephant9, Storløkken has collaborated with his fellow countrymen like electric guitarist Terje Rypdal, as well as the aforementioned Motorpsycho, Bigbang - one of Norway’s biggest rock bands - and as a member of Supersilent alongside Arve Henriksen. Eilertsen, too, has been a regular member of Bigbang since the late 90s, while Lofthus’ earliest credits include drumming for avant-garde/prog-rock band Shining (not to be confused with the Swedish metal band of the same name). 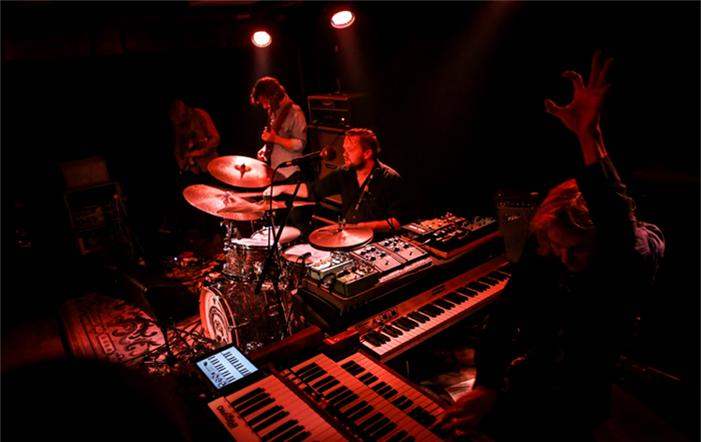 The trio have been on quite the creative streak since their inception, releasing five studio albums as well as the two live albums in 2019, Psychedelic Backfire I and II, their past output sounds more akin to 70s prog with a heavy emphasis on groove; releases like their 2008 debut Dodovoodoo don’t sound all that dissimilar to the likes of Emerson, Lake and Palmer. On Arrival of the New Elders, just as the record’s title alludes to this ‘arrival’, the trio’s sound is undeniably more focussed and defined. Serving the role of lead instrument against the rhythm section of Eilersten and Lofthus, Storløkken’s Fender Rhodes sits firmly at the centre of the band; enveloping the tracks in this warbled, warped blanket around which the rhythm section holds down a steady beat. In true psychedelic fashion, some of the songs give way to wider, synthesiser-soaked textures; a particular standout is ‘Throughout the Worlds’, invoking the spirit of seventies German electronic experimentalists like Tangerine Dream.

Another highlight is the singing theremin and weirdly heavy filtering effects on ‘Chasing the Hidden’ as the band alternate between a fast, urgent beat to something more lumbering and groovy. The second track ‘Rite of Ascension’ rather fittingly has the band playing with this constantly rising atmosphere, ramping up through the stratosphere before breaking through the clouds and into the calmness of space in the latter half, before crashing back down again in spectacular fashion. A bright, strummed acoustic guitar in the buildup also makes for a nice extra subtle texture, taking a more prominent spot within the mix during the quieter sections, giving the band an extra little drive. Promotional material for Arrival of the New Elders mentions a lack of ‘jamming’ pieces and an emphasis on structure, and I’m all too inclined to agree; parts of the album like the aforementioned ‘Rite of Ascension’ could only be realised with a more structured approach. More than an extended psychedelic jam session, Arrival of the New Elders is a carefully composed hard-rocking romp, offering a healthy blend of the rawness of rock, the improvisatory chops of jazz and the spacey, outer-space sounds of psychedelia. 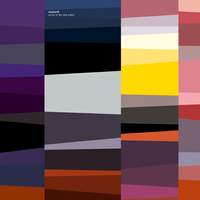 Arrival of the New Elders