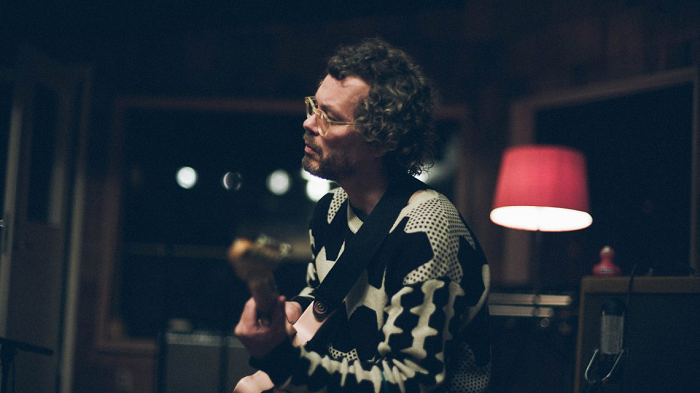 Danish guitarist, composer and bandleader Jakob Bro already had a healthy back catalogue of music when he joined ECM in 2015 with the album Gefion. His first three recordings on ECM saw him leading a trio with bassist Thomas Morgan - who can also be heard on fellow electric guitarist Bill Frisell’s duo recordings on ECM - and drummer Joey Baron, another Frisell cohort who also played for John Abercrombie during his early 2000s tenure with ECM, as well as appearing on many recordings with avant-garde saxophonist John Zorn. Bro doesn’t reunite with his regular trio this time around, however, instead teaming up with Norwegian trumpeter Arve Henriksen and Spanish drummer Jorge Rossy. Henriksen is a widely-lauded player in Norwegian jazz circles, most often releasing on his own label Arve Music or with the diverse Norwegian label Rune Grammofon, while Rossy’s career has seen him accompanying American jazzers such as Brad Mehldau since the 1990s, though nowadays he is more often found drumming for folks like Joe Lovano and Lee Konitz.

Bro’s approach to music on Uma Elmo is not drastically different with this new trio; although, while 2016’s Streams could have a melodic track like ‘Heroines’ with a distinct head melody and readable rhythm - perhaps more conventional as far as guitar-led albums go for ECM jazz - the works on Uma Elmo are much more ambient and freeform. There are still shades of the moodier sides of Bro’s previous work, nonetheless. Besides, Bro is hardly the most conventional electric jazz guitarist; you’ll rarely find him playing things like bebop standards in his own work, his style being highly abstracted in the realm of the fellow shredder Bill Frisell, even down to his use of effects pedals like the warbling echoes heard on ‘Morning Song’. Bro wrote all of the music for Uma Elmo while taking care of his two young children at home, with the title a combination of their middle names, the tunes themselves apparently composed between his infant son’s naps. While the music itself is rather obviously abstract on the surface, it’s undoubtedly some of Bro’s most personal work. Uma Elmo also features some tributes to past friends and collaborators; the track ‘To Stanko’ is written for Polish trumpeter Tomasz Stanko, who passed away in 2018 and featured Bro in his quintet for the ECM release Dark Eyes in 2009, while ‘Music for Black Pigeons’ is a tribute to the late saxophonist Lee Konitz, who gave the tune its name. 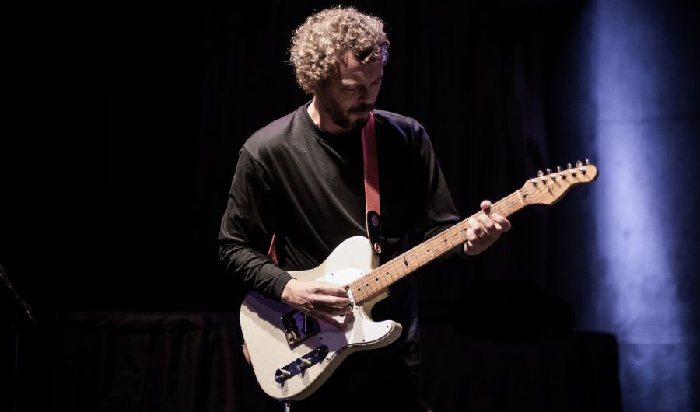 A real highlight of the record is the opening track, ‘Reconstructing a Dream’, a piece with a sort of modal quality to it; Henriksen’s trumpet is front-and-centre here, with Bro only heard in accompaniment supplying swelling guitar drones underneath. As much as this is Bro’s trio, it’s hard to imagine Uma Elmo without Henriksen’s presence; his distinct breathy tone, inspired by the Japanese shakuhachi (an end-blown flute made from bamboo), serves as a fittingly soft voice to Bro’s pieces. Henriksen’s trumpet takes on almost didgeridoo-like qualities on ‘Housework’, showcasing a totally different side of his sound. On an album as open-sounding as this, Rossy appears to know exactly where to go with his playing. With pieces perhaps lacking a solid structure, it’s his careful choice of playing around Bro and Henriksen that compliments these loosely-structured tunes with similarly flexible rhythms. The Uma Elmo sessions actually marked one of the first instances where Bro, Henriksen and Rossy played together, a scenario that Bro was doubtful would even happen in with today’s current circumstances with everyone in the trio, as well as the production team, hailing from different parts of Europe.

The approach Bro takes to this new bass-less trio is less grounded in rhythm, with Bro himself filling in accompaniment duties in lieu of a bass player; unshackling the rhythm of the pieces only opens up more possibilities for the trio to improvise and perform these ambient textural experiments. Described by the guitarist himself as a “musical document” of the past year, Uma Elmo’s sometimes bittersweet melancholy is perhaps unsurprising, yet there’s still room for a brighter outlook here too. 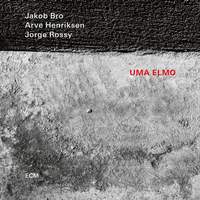