Recording of the Week,  3M&Co - Start On 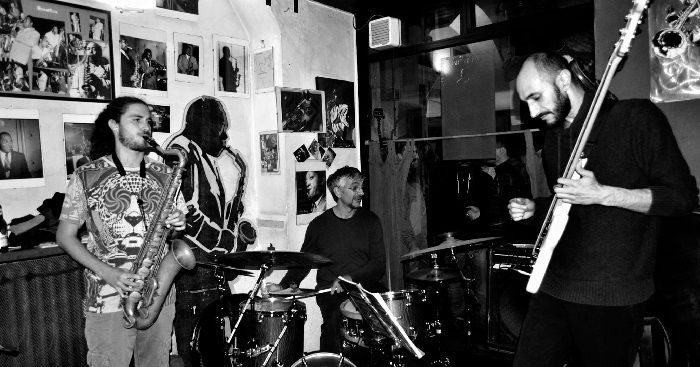 Comprising three generations of jazz players, 3M & Co is a project born out of Turin, one of the biggest cities in northern Italy and the home of the annual Torino Jazz Festival: a week-long event spanning various clubs across the city. Hailing from a city with such an enthusiastic jazz crowd, it’s no surprise that the trio - electric bassist Simone Bellavia, saxophonist Jacopo Albini and drummer Gaetano Fasano - play such a punchy and confident style of funky electric jazz fusion, a decidedly modern sound befitting of a band hailing from the genre’s Italian hotspot. Formerly known as ‘TrioMonne’, 3M & Co cite fusion trailblazers like Frank Zappa and Jaco Pastorius as particular key influences; indeed, Bellavia’s tight and commanding electric bass guitar takes the spotlight for much of Start On, his tone and approach totally reminiscent of Jaco’s sound with bands like Weather Report. Providing not only one half of the rhythm section, but also leading the way throughout much of the album, Bellavia also takes from Jaco his propensity for melodic ideas, taking a couple of short solo spots here and there. The track ‘Little Art’, for instance, feels very ‘Portrait of Tracy’; a gentle piece in between the otherwise unrelenting wall of spiky, syncopated rhythms.

Albini’s sax, by comparison, is often used to punctuate head melodies or for quick solo passages. He makes some fiery contributions when he does appear, soaring over the rhythm section on tunes like the title track. Of course the groove would be nothing without a solid foundation; Fasano does an excellent job of grounding the trio and accenting just the right hits for maximum impact on some of the more aggressive tracks. While it can feel like the project is mostly spearheaded by Bellavia - most of the record is written by him, after all - some of the best moments come when all three members lock together in unison. Both ‘Start On’ and ‘D Major Noon’ see the trio playing with razor-sharp precision. ‘Solitude’ on the latter half of the record is another solo bass piece with Bellavia looping recordings of his bass guitar over each other. I’m not entirely sure the ‘percussion’ isn’t also coming from Bellavia’s bass, but for the second solo piece of the album it’s a funkier counterpart to the earlier ‘Little Art’. The only track not penned by Bellavia, Albini’s ‘The Almighty Whale’, towards the end of the album, sees the bass taking a backseat while the sax is given space to craft the tune, another one of the less heavily groove-focussed tracks.

The production does the band many favours here too; while the bass asserts itself proudly at the centre of the mix, the drums and sax are carefully placed around for a full and fat sound. The band keep it austere with their sound palette - you’ll seldom hear anything other than sax, bass or drums on this record, with little to no electronics or superfluous overdubs; while it’s a modern sound for sure, it’s still as raw as any trio recording. Start On is an explosive piece of jazz fusion where all three members pull their weight, while also not overwhelming the listener with brash, in-your-face funk and pacing the record with little pockets of downtime. 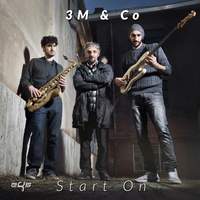