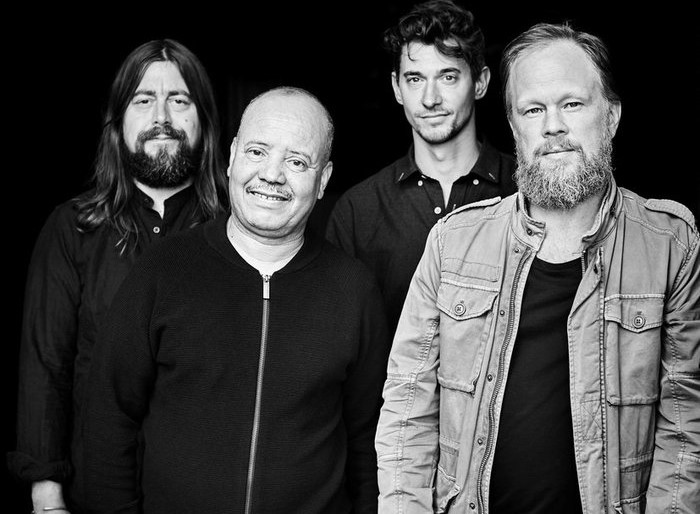 Majid Bekkas is a Moroccan multi-instrumentalist who has worked across a number of genres, from jazz (having collaborated with such legendary artists as Archie Shepp and Joachim Kuhn) to the traditional music of his Moroccan upbringing. As well as being one of the leading oud players (a 13 string relative of the lute), which he studied at the National Conservatory of Music and Dance in Rabat, Bekkas also played Gnawa, the music of the Gnaoua people, learning the guembri (a three-stringed bass instrument, also in the lute family), as well as jazz and blues guitar. For Magic Spirit Quartet Bekkas and his Scandinavian band focus on this rich Gnawa tradition, in which Islamic spiritual religious songs are combined with ritual poetry, music and dancing, and traditionally performed at a Lila, communal nights of celebration dedicated to prayer and healing.

Aicha opens unassumingly, with the quartet drifting in and out with scraps of texture, underpinned by Bekkas’s almost bluesy guembri. As Bekkas starts chanting, the various strands start to coalesce, and the intensity builds steadily until drummer Stefan Pasborg finally breaks the tension with a groove, an effect that brings to mind Silent Way era Miles Davis, especially with Goran Kajfeš’s subtle trumpet tones floating above. The soloists weave an ever more intricate, psychedelic miasma of sounds, achieving a trance-like state, breaks loose in the final furlong when the tempo gets faster. By the end of the track it’s hard to believe that it’s just four people of creating this glorious noise. Having such a knockout track opening an album is always a gamble, as it could overpower all else, so the group wisely dials down the intensity several notches for Hassania, which prominently features Bekkas’s woozy guitar lines, with rest of the band creating distant ambient textures around him. Chahia Taiba features the oud engaging in some soulful dialogue with Kajfeš’s trumpet, and Mrhaba is another strong showcase for Kajfeš, his contributions always remaining tuneful even when playing in a more explorative way, and never losing the grove.

Pasborg’s lithe kit work is augmented by discrete timbres from a variety of percussion instruments, all glued together by the excellent production, able to pull focus from the intimate to the epic without sounding contrived or overblown (note – this is an album that deserves to be played at a decent volume to let it fully work its magic). The witty Annabi makes for a welcome change of pace towards the back end of the record, Jesper Nordenstrom’s delicate piano work complementing Pasborg’s tuned gongs, in a short and sweet divertimenti, before the explosive MSQ ends this enthralling record with another thunderous stomper. Is it world music, or is it jazz? Who cares about genre definitions when the results are this exciting. 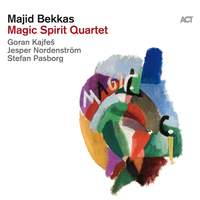