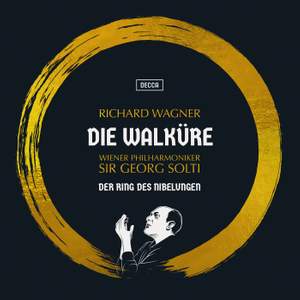 Was keinem in Worten ich künde

So tatest du, was so gern zu tun ich begehrt

• The first all-new transfer in over twenty-five years

• “Here is the greatest achievement in gramophone history yet”, wrote Gramophone in 1965. For many, it still is

ALL FOUR OPERAS IN THE CYCLE WILL BE RELEASED IN DELUXE HYBRID SACD EDITIONS:

• Each edition includes lavishly illustrated booklets featuring technical information on the new HD remaster and original recording techniques, introduction to each opera by Producer John Culshaw, synopses and libretti in English & German plus many original session photographs and rare facsimiles

“The greatest recording of all time”: